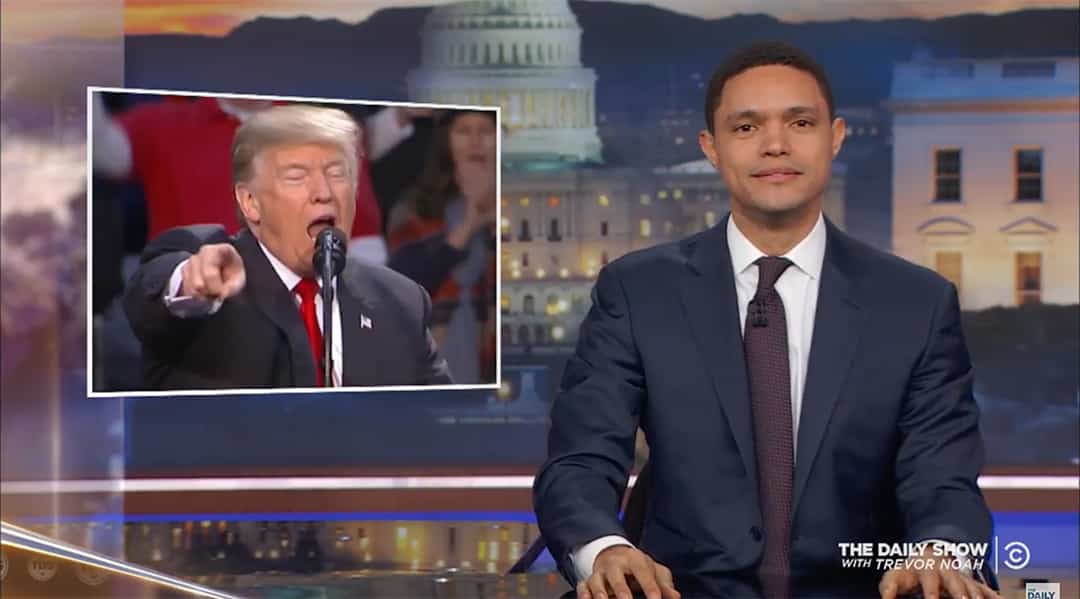 “It’s simple, people—Birds of a feather molest together.”

President Trump and establishment Republicans continue to support Alabama Senate candidate Roy Moore despite numerous allegations of sexual misconduct with teenage girls when he was in his 30s.

On Monday’s Daily Show, Trevor Noah wondered if Republicans care about sexual assault just one day before Alabama decides how they want to be represented.

“How could President Trump support a man who was credibly accused of sexual misconduct by so many women?”

“There’s only one question I have, do Republicans actually care about sexual assault?” Noah asked. “I mean as a problem, not an opportunity.”

Multiple women have accused President Trump of sexual assault over the years, yet Republicans still elected him. “On Tuesday in Alabama, they look set to make the same decision again, which means Roy Moore would enter the Senate, and the only people who could hold him accountable for his actions will be the Republican leadership. And I think we all know how that will turn out.”