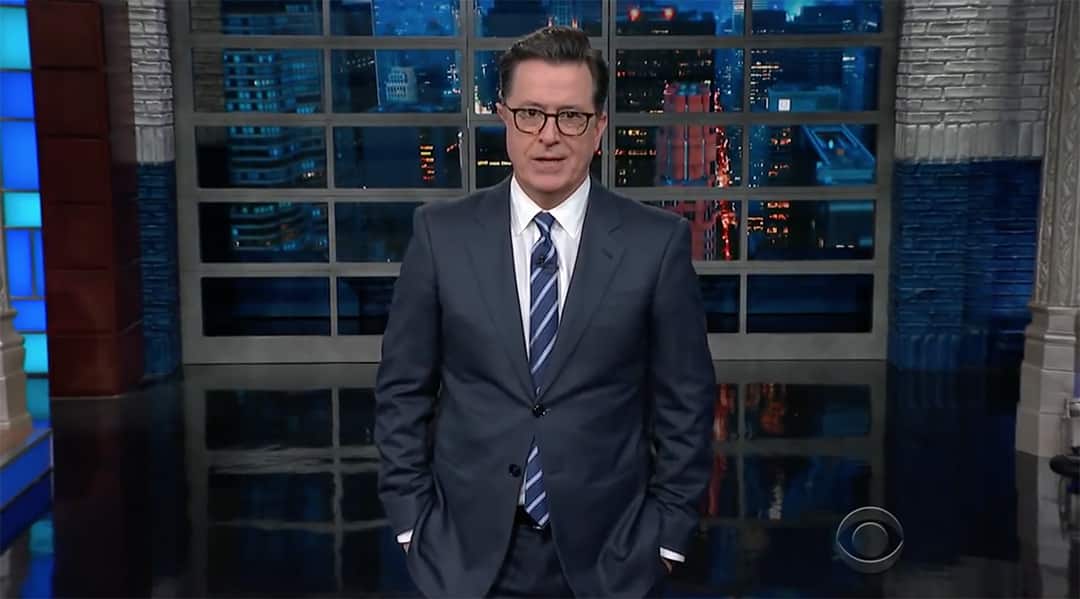 "Flynn is turning on his old friends. It's like the old saying goes, 'Snitches get significant time off their federal prison sentence.'"

Last week, Michael Flynn plead guilty to lying to the FBI, and over the weekend, President Trump tweeted out an admission that can be interpreted as obstruction of justice.

On Monday’s Late Show, Stephen Colbert reacted to Trump’s tweet in which he admitted to knowing about Flynn’s lies around the time he asked James Comey to stop investigating Flynn.

Flynn made a deal with the FBI to cooperate with their investigation. “He is singing like a canary — well, actually more like an angry shaved eagle,” Colbert said. “Yes, Flynn is turning on his old friends. It’s like the old saying goes, ‘Snitches get significant time off their federal prison sentence.'”

While Trump’s tweeted response may have been an admission of guilt to obstruction of guilt, his lawyer John Dowd actually said he was the one who wrote the tweet “in the voice of his client, without the client’s permission or knowledge, and said tweet indicts the client for obstruction of justice,” Colbert summarized.

Dowd also said Trump can’t technically commit obstruction of justice. “Or, as Nixon famously said: ‘When the president does it, it’s not illegal. … Also, if you’re using the same defense as me, you’re totally screwed because I was a crook.'”