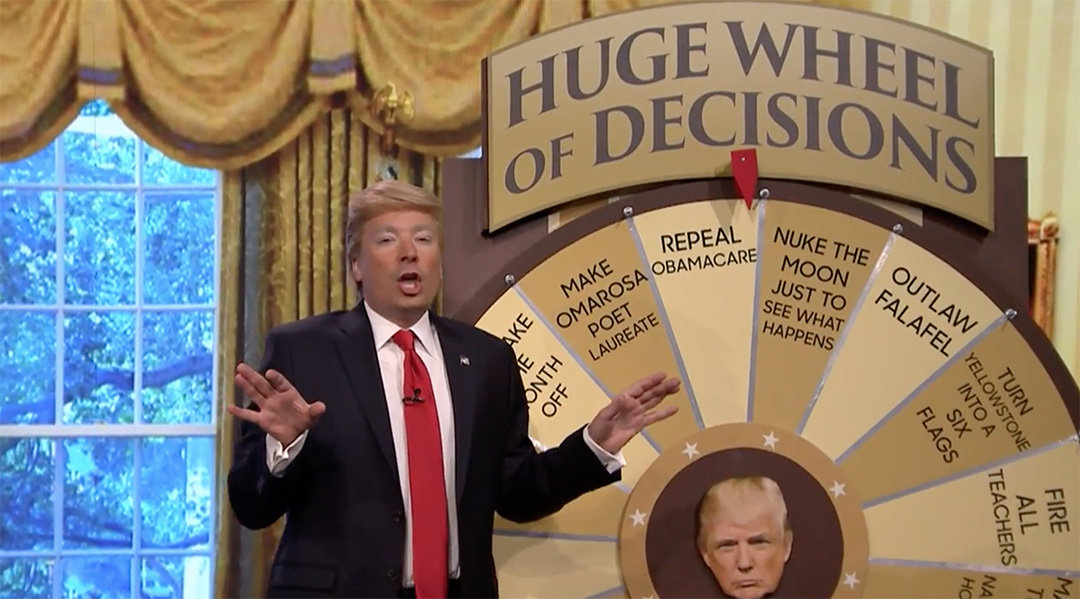 "Sure, repealing Obamacare isn't great. But at least it didn't land on 'Nuke the moon just to see what happens.'"

Jimmy Fallon pulled out his Donald Trump impression on Monday’s Tonight Show to exhibit the ways the president makes important decisions. Apparently, Trump has fitted the Oval Office with a number of decision-makers, including a “Golden Nomination Cage” to choose his cabinet members, and a “Huge Wheel of Decisions” for everything else.

“I just want to address the complaints that two or three dozen people had over the weekend,” Fallon’s Trump said, again forgetting how to count. “Look people, I’ve made my position on immigration very clear. When it comes to immigrants, you have two choices: either get out of here, or marry me.”

He then showed how he came to decide on his executive orders: The Huge Wheel of Decisions, which offers such options as “Make Omarosa poet laureate” and “Outlaw falafel.” It’s not the best method, but as Fallon’s Trump pointed out, “Sure, repealing Obamacare isn’t great. But at least it didn’t land on ‘Nuke the moon just to see what happens.'”