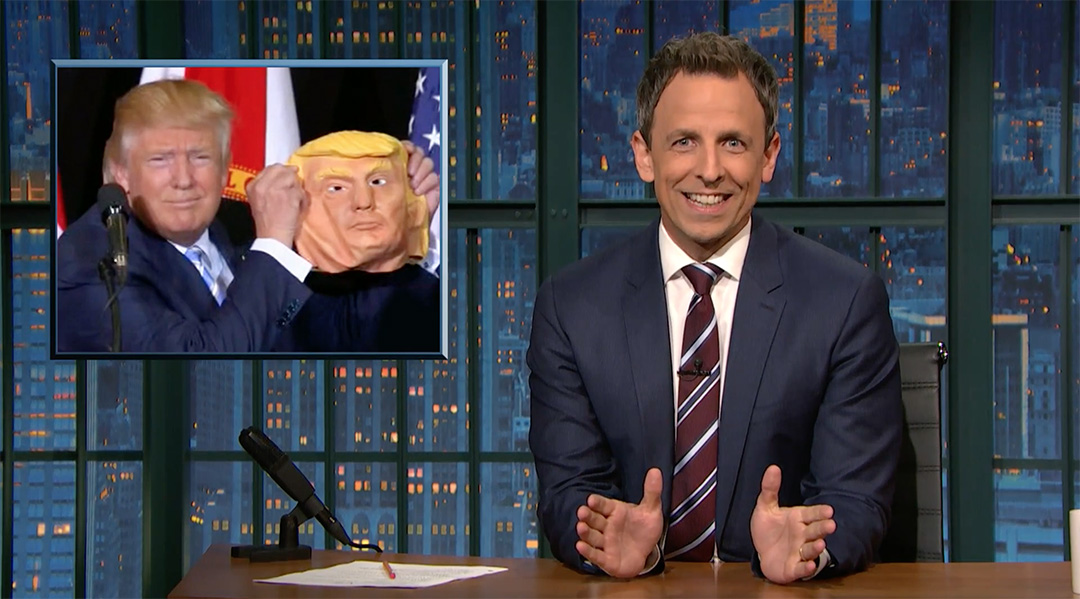 "He looks like a Scooby Doo villain who's so self-centered he used a mask of his own face."

On Monday night’s Late Night, on the eve of election day, Seth Meyers took a final “Closer Look” at the 2016 presidential election. As Hillary Clinton and Donald Trump attempted their last efforts to gain votes ahead of the big day, Meyers simply pointed out that they were trying too hard at this point. Clinton campaigned with Stevie Wonder, Bruce Springsteen, and LeBron James, and as Seth put it, “it’s like she’s gathering photos for a coffee book table, People I’m Not As Cool As.” Donald Trump, on the other hand, stumped with Ted Nugent, who ranted at Hillary and grabbed his own crotch, calling it “black and blue,” for some reason. Trump then found a supporter wearing a Trump costume and held up the mask next to his own to give Seth cause to suggest Trump is just a Scooby Doo villain “who’s so self-centered he used a mask of his own face.” Watch the clip for more.