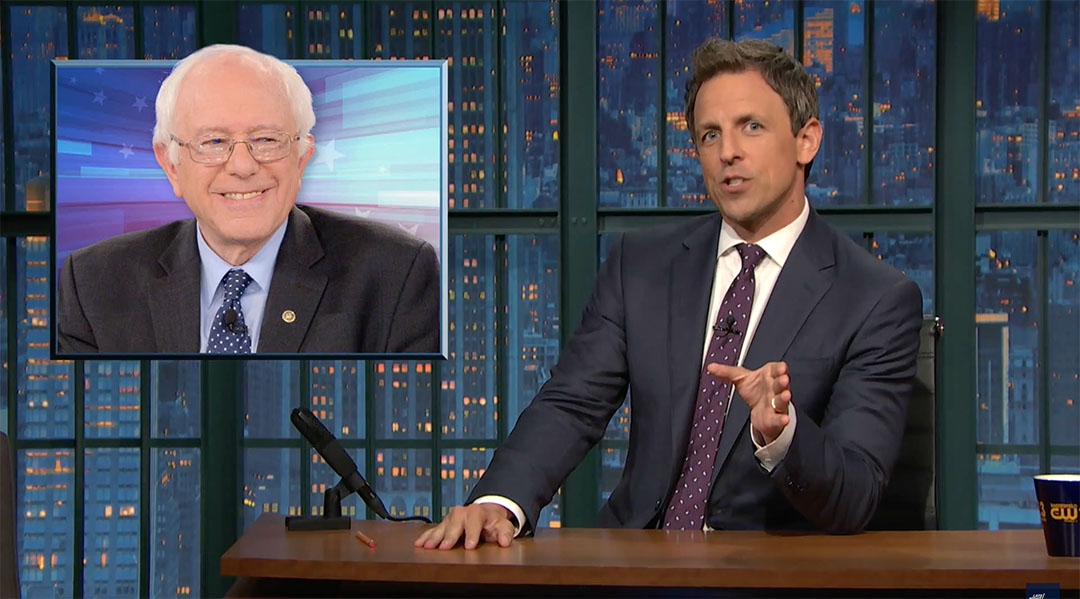 "Withholding his endorsement allowed him to press for major party policy changes, in both the Democratic Party's platform, and in Hillary's own positions — changes that could have a real impact on people's lives."

On Wednesday’s Late Night, Seth Meyers took a “Closer Look” at why Bernie Sanders took his sweet time endorsing Hillary Clinton. Although Clinton mathematically won the Democratic nomination months ago, Sanders refused to concede until he could use his leverage to affect the party platform.

“Thanks to Bernie, the party’s platform now calls for a tax on carbon emissions and breaking up the big banks, while Hillary herself now supports expanding Medicare and making public college free for many families. And those are just the most high-profile issues,” Meyers reported.

“Bernie even managed to get into the Dem platform an obscure proposal called postal banking,” Meyers said, before explaining that, “Basically postal banking is an idea that would allow post offices to run savings accounts, cash checks, and other financial services for low-income people who don’t have access to those services, saving them more than $2,000 a year. That’s right, we can save post offices by turning them into banks. Which is great, because the only reason people go to post offices now is to catch Pokemon.”

Many pundits railed against Sanders for not stepping down months ago, but Bernie knew why it was so important that he stay in the race until the convention. He fought for revolutionary ideas over the course of his campaign, and now some of those ideas will remain in play.