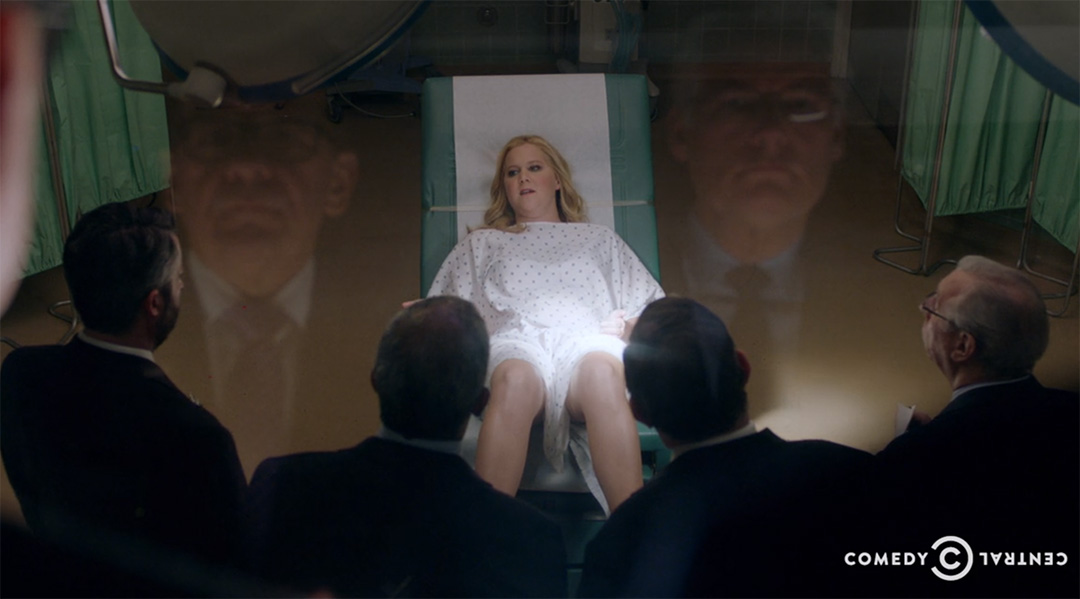 "When was the date of your last lady curse?"

Let’s be honest. The return of Inside Amy Schumer did not meet the expectations set last season, which was consistently satirical and hilarious and won Schumer an Emmy for best Variety Sketch Series, for which she even beat out the incredible Key & Peele. However, there were certainly some good things about Thursday’s Season 4 premier, and the “Dr. Congress” sketch, though a bit on the nose, brought the kind of feminist critique we’ve come to expect from the show.

In the sketch, Schumer goes to get a routine pap smear, only to find out that her doctor has been replaced by a group of old, male congressmen, representing the House Committee on Women’s Health. Oblivious to anything regarding the female anatomy, the men ask Schumer such questions as, “When was the date of your last lady curse?” “How many blood diapers did you use?” and “It says here that you’re 34. How many children do you have?”

When they finally get ready for the pap smear, the congressmen turn Schumer so a much larger group of men in suits can observe the procedure. A horrified Schumer asks a pointless question. “Aren’t there any women on the women’s health committee?” The men can only laugh, because “that’d be like letting the lions run the zoo!”

Below watch the other highlight from the show as Schumer tries to sell Hamilton writer/star Lin-Manuel Miranda on a Betsy Ross musical.