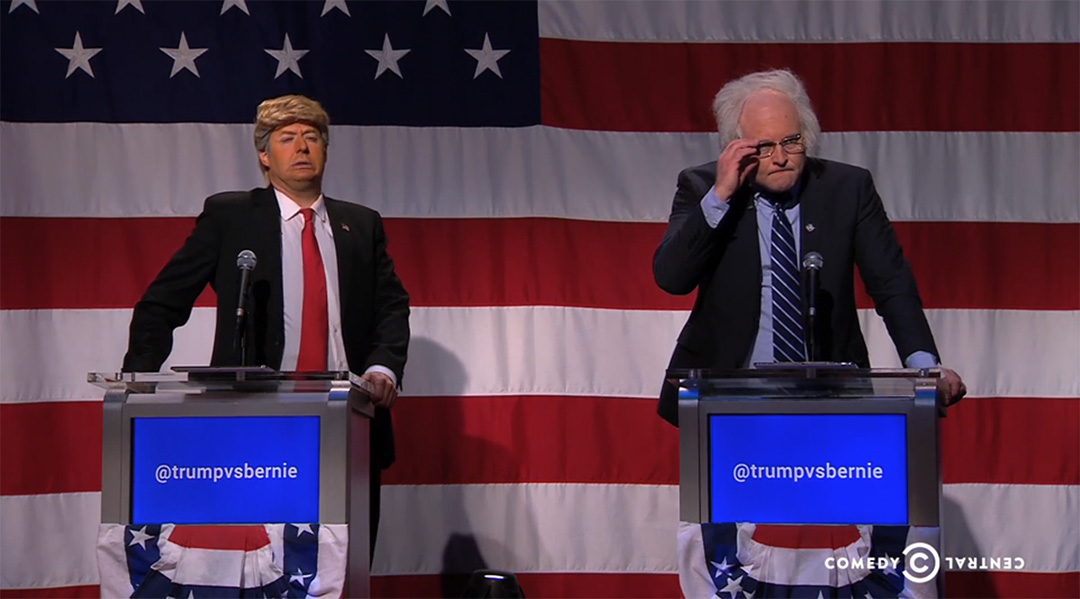 On a special hourlong episode of @Midnight, Comedy Central brought us the debate we may never get, but definitely want to see: Trump vs. Bernie, also known as “Socialist vs. Sociopath.” Although Bernie Sanders has done better than expected in the primaries, Hillary Clinton is the clear favorite to go head-to-head against Republican frontrunner Donald Trump in the general election. But comedians Anthony Atamanuik and James Adomian have been giving us the Trump-Sanders debates we’ve all been hoping for.

With their spot-on impersonations and brilliant improvisation, Atamanuik and Adomian quickly formed an important piece of election satire when they began touring the nation with their Trump vs. Bernie debates in September. The tour has led to a few TV appearances, but none so extensive as their takeover of Comedy Central’s @Midnight this week. Watch them give an excellent preview to their upcoming special debate show airing on Fusion Wednesday, April 27th at 9:00pm.

In the clip above, Chris Hardwick introduces the candidates, and the clips below show a few fun prompts for their comedic platform. You can watch the full episode here.