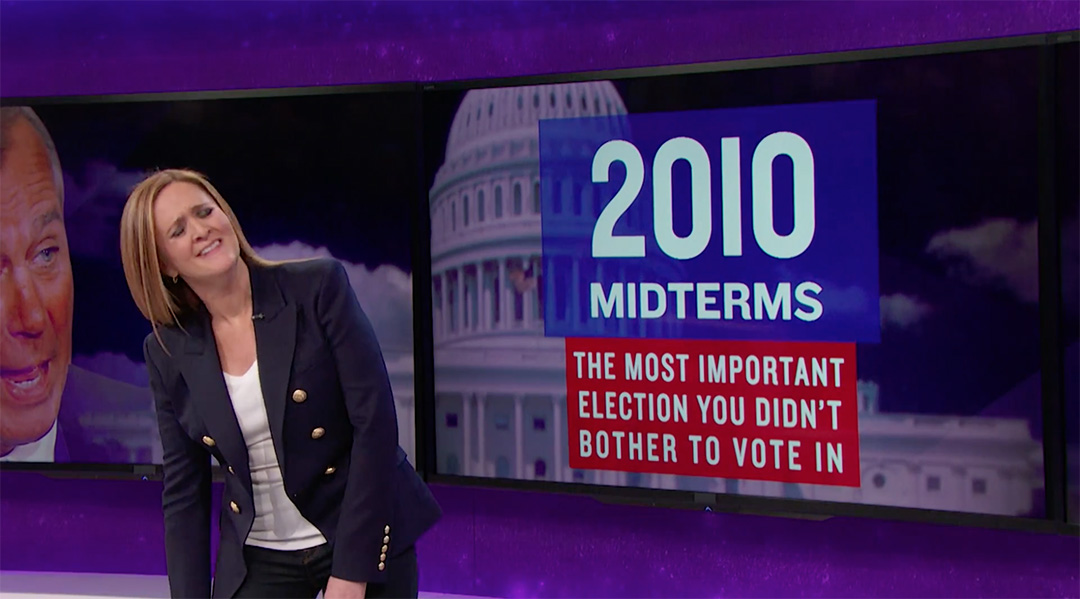 "You know who didn't sit 2010 out? People who were old and white and super cranky about...how 'tall' the president was."

On this week’s Full Frontal, Samantha Bee tore into Democrats for sitting out the 2010 Midterm elections, which she calls the most important election of your lifetime, because “You know who didn’t sit 2010 out? People who were old and white and super cranky about…how ‘tall’ the president was.” Republicans won 87 congressional seats that year, and then proceeded to do everything in their power to shut down the government, stop Obamacare, and refuse to vote on immigration reform.

Bee says nothing compared to what happened a year later, when America slept through 2011. While congress stalled, “the newly elected state lawmakers and governors did the opposite—unclenching their legislative sphincters and passing every shitty idea from deep within their bowls”—bankrupting schools, redrawing congressional districts, and doing everything short of bronzing women’s bodies to stop abortions. Bee has a very disturbing visual metaphor for this.

Watch above, and watch the rest of the show below.

I can no longer choose just one clip to share at a time from this show. Full Frontal with Samantha Bee is the best satire on television, and you need to be watching it every week. Here are all of the clips from the latest episode, in which Bee discusses Black History Month, Texas abortion laws, and Girl Scouts.