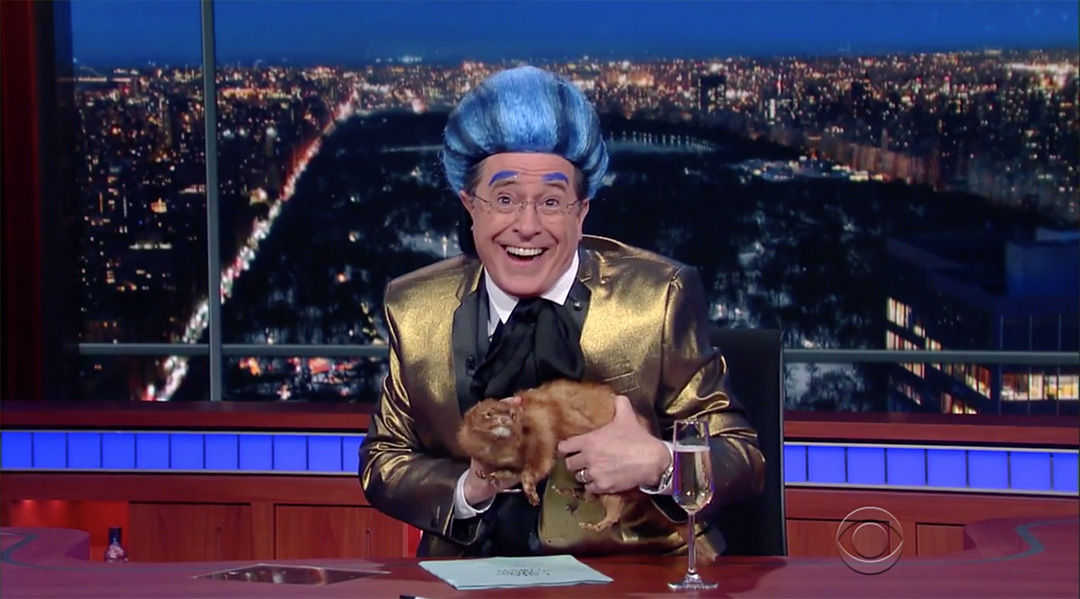 "The voters' reaction to the former Hewlett-Packard CEO was ctrl+alt+goodbye."

On Wednesday’s Late Show, Stephen Colbert paid tribute to the recently fallen candidates, Rick Santorum, Chris Christie, Carly Fiorina, and Jim Gilmore. The remaining presidential candidates are battling it out for the South Carolina primary. “Bernie Sanders has been fighting an uphill battle against Hillary Clinton, and Donald Trump is battling with anyone who makes eye contact with him. Which means the only one who’s safe is Ben Carson.” But Stephen Colbert has not forgotten the recently fallen in the latest installment of “The Hungry for Power Games.”

Rick Santorum announced his withdrawal last week, and “as a good Catholic, withdrawal is the only method he approves of.” Chris Christie got out among the people in New Hampshire, but “apparently, to know him is to, ‘Him? No!'” For Carly Fiorina, “the voters’ reaction to the former Hewlett-Packard CEO was ctrl+alt+goodbye.” And the final withdrawal was Jim Gilmore, who did not give up after he got a total of only 12 points Iowa. As Stephen points out, “They didn’t need computers to count his votes; they used donuts.” Watch Stephen pay tribute to all of these fallen candidates with his new mascot, Caligula.