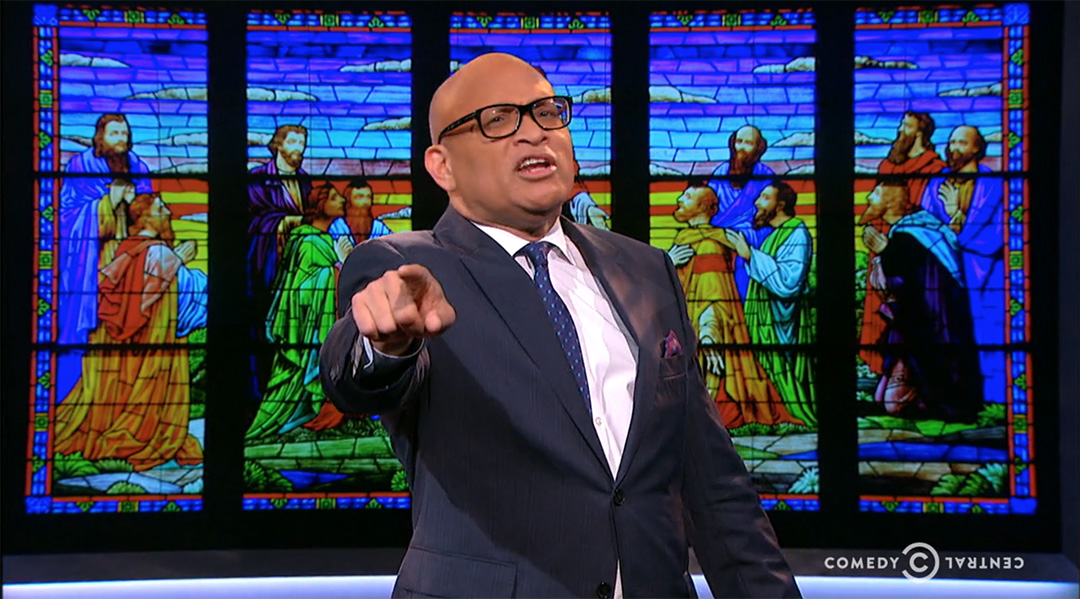 "What I challenge you to do, evangelicals, is to smite down Donald Trump's campaign. Smite it down! Give me an 'Amen' for the smiting down!"

On Tuesday’s Nightly Show, Larry Wilmore preached a sermon of admonition to evangelical supporters of Donald Trump after Trump pandered to Liberty University earlier this week. Trump said an interview, “I have a great relationship with God.” Larry assumes, “it’s probably because they never see each other.” When asked whether he prefers the Old or New Testament, he said “probably equal.” The man will say anything to gain support from whoever he thinks will listen, and his most recent speech at Liberty University proved no different. He chose to read from 2 Corinthians (which he called “two Corinthians,” instead of “Second Corinthians”), and asked the audience, “is that the one? Is that the one you like?” Larry makes an analogy for Star Wars fans that equates Trump’s speech with someone saying a sci-fi convention, “the farce is strong with Luther Vandross Skywalker, right?” Trump is just pandering to the right, “He’s trying to close the deal on you guys,” says Larry. And Larry understands how Christians can support Cruz or Carson, but not this guy. So, to get to the heart of the Trump problem, Larry has some “religious speak” for evangelicals. “What I challenge you to do, evangelicals, is to smite down Donald Trump’s campaign. Smite it down! Give me an ‘Amen’ for the smiting down!”